Police announced the arrest without naming the suspect, while a source close to the newspaper's publisher, News International, confirmed it was Nick Parker.

The source asked not to be named discussing internal company business.

The arrest is the latest in a long-running police investigation prompted by illegal eavesdropping at the defunct Murdoch tabloid The News of the World, which has expanded into probes of computer hacking, bribery and corruption. 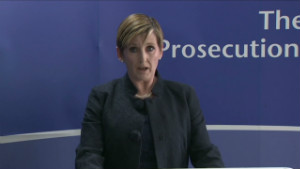 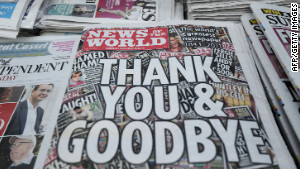 Explain it to me: UK tabloid scandal 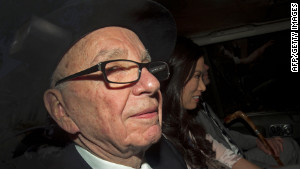 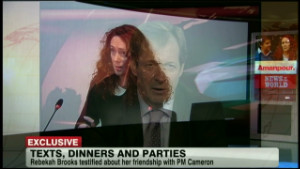 The relationship between press and power
Parker was arrested earlier as part of the corruption investigation, the source close to News International said.

He has not been charged.

The first charges for phone hacking itself came last week, as prosecutors charged a former aide to British Prime Minister David Cameron and a close confidant of media baron Rupert Murdoch, along with six others.

The announced names of the suspected hacking victims include some of the world's biggest celebrities, including Angelina Jolie, Brad Pitt, Paul McCartney, soccer star Wayne Rooney and actor Jude Law.

The phone-hacking accusations have reverberated through the top levels of British politics and journalism, led to the closing of a major tabloid and prompted a parliamentary committee to issue damning criticism of Murdoch.

The charging announcement delivers one more public relations blow to Murdoch, who stepped down from a string of company boards of directors earlier this month and further distanced himself from the print business that first brought him fame and fortune.

Coulson and Brooks are former editors of The News of the World, which was shut down last year in the face of public outrage at the hacking scandal.

Brooks, who was charged with conspiracy to intercept voice mails of murdered schoolgirl Milly Dowler, vigorously denied the charges, saying she was "distressed and angry."
Coulson said he "wouldn't and, more importantly, that I didn't, do anything to damage the Milly Dowler investigation."

The scandal exploded with the revelation that the phone of Dowler, a 13-year-old British girl, was hacked after she disappeared in 2002. She was later found murdered. Indications that her voice mail had been accessed had given her parents the false hope she was still alive.
Prosecutors allege there were more than 600 victims of phone hacking between 2000 and 2006.