NDS, a News Corp. subsidiary, was the security company responsible for protecting the smartcard technology of DirecTV. By this time in 1998, DTV had already become hacked completely whereas people all over the world had access to all 300+ channels including PPV….FOR FREE!

Determined to “fix” the issue of hacking on their network, NDS (News Datacom), owned by one Keith “Rupert” Murdoch, set out on a headhunting mission to find talent in the field of smart card encryption technology.

was a promising and extremely talented German researcher in the field of smart card technology. His exploits quickly became legendary throughout the computer world and this in turn placed “Tron”, as he was known in the computer underground, squarely on the radar of NDS. 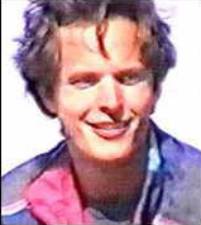 In October of 1998, a few weeks after meeting with NDS officials, Floricic was found dead, hanging from a tree in a Berlin park.
Although the death was ruled a suicide by authorities the rest of the hacker underground, even to this day, believe it was a case of cold blooded murder.
You know what they say about crime right? Follow the money.

Well a spring chicken hack on the DTV smart cards could have been worth over $5 million dollars. Is that not motivation?

A few years later in 2003, Echostar and Nagravision, competitors to DirecTV in the digital satellite market, filed what was at the time, the largest lawsuit by bluechip companies the US courts had ever seen.

Valued at over a billion dollars, the case was later all but shoved under the carpet with a ruling in favor of Echostar and Nagravision for $45.69 in damages.

Now here we sit, some 8 years later and once again we have a dead hacker, a conspiracy involving Rupert Murdoch and a potentially billion dollar lawsuit with more arms than an Indian passenger train.

My question is…how many more hackers have to die before we open our eyes to what/who is really pulling the strings.

HINT: it’s not the law courts or Congress anymore either.